Sometimes it’s hard to look at your own world from outside your bubble.

A concept that a Martial Arts and evil actions are intertwined seems more prevalent than I’ve realized.

I’ve been surprised engaging with people in conversation and even with reader’s comments on Sushi Fitness at times.
A lot of people correlate Martial Arts with violence.

At the root I can see the disconnect of perception from individuals not involved with Martial Arts.
The definition of Martial is “of or appropriate to war; warlike.”

Hence Martial Arts is the art of war.

I can see where the misconception can come from.

Studying an art that is “warlike” can be perceived as a violent activity only partaken by violent people.

How do we change this misconception and is that our duty as a Martial Artist?

“The Way of the Warrior has been misunderstood. It is not a means to kill and destroy others. Those who seek to compete and better one another are making a terrible mistake. To smash, injure, or destroy is the worst thing a human being can do. The real Way of a Warrior is to prevent such slaughter — it is the Art of Peace, the power of love.” – Morihei Ueshiba

I can provide 2 examples of personal experiences I had myself combating this perception.

The first experience is not a  combative experience but I wanted to share it as a prelude.

After dating my future wife for some time it came up in conversation that I had fought as a sport before.

I explained to her I had fought in a ring, was paid for it, and explained what the rules were.

The easiest way to explain it to her was telling her it was like the UFC you see on TV.

Not that she was calling me a liar but she just couldn’t believe that I could do something like that.

Personally, I’m a very mellow laid back person and her conception was that a person like me could not participate in activities like that.

Even more she couldn’t believe how much of a passion and “religion” it was to me.

Her perception of the people who do things like this are that they are crazy and or violent people.

We had been dating for some time when this came up and we are now married of course.

Later, she has told me that if she knew that about me in the beginning she might not have dated me.

Not that she was against what I did, but her own perception of the people who compete in these sports.

She would of been fearful of me getting angry or violent and it would of made her nervous.

Now fast forward several years later, we are married and have had a child.

I began introducing my child to Ju-Jitsu and working on his boxing about as soon as he came into this world.

At 5 years old and at his request we signed him up for wrestling.

Perhaps it was the reality of joining a team instead of just wrestling around with dad at home that my wife raised her concerns.

She was worried that if we teach him how to fight he will engage in violent activities and get into fights at school.

This is coming from MY wife who knows me and has been introduced to the world of Martial Arts.

She of course knows my friends, who many of them are Martial Artists as well.

Yet, she still has this trepidation of our child wrestling and learning the Martial Arts.

This circles us back to our starting concept of a perception in connecting Martial Arts and evil, violent actions.

If my own wife can have this ingrained fear or hesitation on the Arts, what does an unconnected person feel?

A person who has never trained and does not know a Martial Artist intimately.

Are they expected to see the Ying with the Yang , the separation of Martial Arts and Evil, or know the balance of the Art?

I never tried to convince my wife, I only tried to reassure her.

Obviously, situations that lead you into a physical altercation is much different for a child then an adult.

My son’s ability to defend himself I told her will, and should lead him into getting into less fights through school.

Hopefully no fights if we are lucky.

For the obvious factor in regards to bullying, he will not be an easy target.

A child that someone can’t bully or pick on and will hopefully allow him to not be in many situations like that.

If he is in a situation where he is being bullied he will have an ability to defend himself and not be held to the leniency of a bully.

Also, if not even more important will be his self confidence.

Not having the schoolyard fear that so many children face will allow him to be himself.

To better choose the path in life he wishes to take by allowing him to grow his personality unto himself.

He’ll be better able to handle to pressure from his peers and worry less about others “picking” on him if he chooses to be different.

Being introduced to Martial Arts and knowing how to defend himself will allow him to grow with less unfortunate social restraints that many of his peers will face.

“A warrior is always engaged in a life-and-death struggle for peace.”
― Morihei Ueshiba

As a true Martial Artist a focus should be on your training, your skills, and the betterment of the family and society around you.

The ability to hone your Martial Skill to its fullest potential will allow you the freedom of choice.

You can choose not to engage in a physical altercation with an aggressor.

Without Martial Skill and the ability to defend yourself the choice is left up to the aggressor.

So ask yourself  in the marriage between Martial Arts and evil, where does the evil lie?

In the Martial Artists who has the choice?

The victim who does not have a choice?

Or the attacker that makes the choice?

“Can there really be a martial art in which one downs his attacker with a smile?”
― Morihei Ueshiba 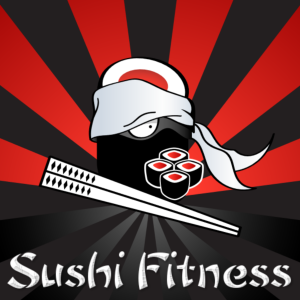 Start A Martial Arts Business: A Starting Guide For Success

What Is The Mindset Of A Champion: Learn To Be Mentally Strong

4 thoughts on “Martial Arts And Evil”