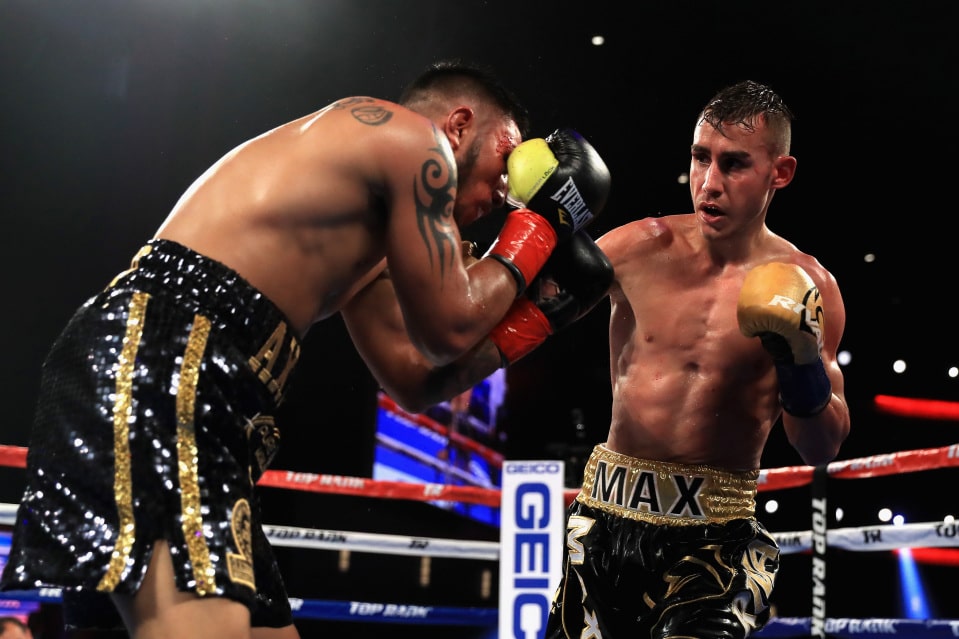 Recently, I had an opportunity to go to what would have been a tragic event.

I would have witnessed one of the four boxing deaths in the ring in 2019. I’ve become more of an MMA fan over the last 25 years but I grew up as a boxing fan. I still try and go to a few events every year. My buddy who had the tickets was still a big boxing fan and told me this was going to be a good event.

A boxer named Maxim Dadashev died after injuries sustained from his fight that night. That was here in D.C. and I had planned on going but was unable to at the last minute.

Maxim had been undefeated in all his 13 fights leading into his junior welterweight match up with another undefeated fighter Subriel Matias.

Dadashev’s trainer Buddy McGirt stopped the fight after the 11th round. Maxim shook his head in disapproval but McGirt had already made up his mind and told the referee and the ringside doctor that he was stopping the fight.

“I saw him fading and when he came back to the corner [after the 11th round], my mind was already made up,” McGirt said.

Dadashev began vomiting and then collapsed after leaving the ring and left the arena on a stretcher. He was taken to a local hospital before being transported to another hospital for a two-hour surgery to relieve a subdural hematoma. Maxim showed signs of severe brain damage and was placed in a medically induced coma and died 4 days later. Sadly, Maxim Dadashev left behind his wife Elizabeth and their only child Daniel.

How Many Boxing Deaths Happen In The Ring?

I read an article where a young girl Saeideh Aletaha had died in an amateur kickboxing match. This brought me back to the moment I saw that Maxim had died on the local news and the emotion I had that I could have been there to witness it.

There have been three more deaths in 2019 since Maxim died for a total of four. Previous to 2019 the last recorded death in boxing was of Christian Daghio, which was the second of two deaths in 2018. There were two deaths as well the previous year while only one in 2016. That was the first death since Francisco Leal in 2013.

In total there have been 14 reported deaths in boxing over the last ten years.

A horrible number to see, however it is noteworthy to mention that in 1953, 22 boxers died in that one year alone!

As  a comparison there were two direct deaths in football last year both at a High School level.

That same report also accounted for seven indirect fatalities, four in High School and three at the college level. Also, seven other deaths related to cardiovascular conditions and heat stroke were documented.

In total there were 16 deaths related to football in 2018.

There were two more reported deaths just last year alone in football then in the last ten years of boxing combined.

Now, the amount of players who participate in football versus boxing is immense. There is 4,200,000 football players in the United States.

When we subtract the three million youth players and only focus on grade 9 and above we have 1,200,000 players.  This includes the NFL and other professional leagues.

Using these numbers for this year we can say that fatalities occur in football roughly to one out of every 75,000 players.

In my research I had a hard time tracking down the  numbers of active boxers to compare. The most common amount that I could find was a little under 20,000 active boxers. This came from BoxRec and was referred to from several other sources.

I feel safe to say 20,000 boxers would be a generous number for us to use but it could possibly be an incorrect number. Using the same basis that we did for football, fatalities in boxing occurred for 1 out of every 5,000 boxers!

Boxing Has Come A long Way To Avoid Deaths In The Ring, Right?

Doing research on this subject was much harder than I expected. I found an incomplete list on Wikipedia and then I read many articles using different search terms.

Most of these articles repeat a lot of the same statistics and stories but I couldn’t find references to research the claims. Several articles mentioned there were around 500 boxing deaths in the ring after the Marquess of Queensberry Rules were introduced.

Then I found a few other recent articles that mentioned 1,604 deaths since the rules were introduced! To be fair these articles used Manuel Velazquez’s research who was an outspoken anti-boxing activist. It would be safe to assume Velazquez’s numbers would be positioned to help his own agenda.

What surprised me the most is the lack of reference and studies that I was unable to find on boxing injuries and deaths in the ring. In comparison, I found countless thorough reports and data on football.

Using logic and reason we can assume boxing is safer now than it used to be.

Why is there no data available to support this?

As a fan of boxing and combat sports I was left after my research wondering why there isn’t adequate studies done in boxing. Football releases annual in depth reports and consistently looks to make the game safer while not compromising the integrity.

The chances of having a fatality in boxing are extraordinarily higher. Even with the lack of available information you can’t help but see that conclusion.

You can’t create rules to eliminate injuries in a sport where you win by knocking your opponent unconscious. It is impossible to make boxing safe, but can we make it safer without compromising the integrity? With the resources that we have now available to us, there should be adequate studies and suggestions on how we can accomplish this.

What rule changes would you like to see in boxing?

Or, do you think it is fine just how it is.

What Is The Mindset Of A Champion: Learn To Be Mentally Strong

Weight Lifting Program For Men Over 40